In general, the report describes the Swiss situation positively.

“Studies show, for example, that the Swiss population perceives science positively and that trust in science is widespread”, posits L. Suzanne Suggs, professor of Social Marketing at the University della Svizzera italiana and expert group co-speaker. “Many scientists think in our country think that science communication is important, and they are willing to engage with the public.” Gian-Andri Casutt, Head of Communications at the ETH board and also co-speaker of the group, adds: “The report also demonstrates that scientific and higher education organizations have intensified their public communication efforts, and that a broad range of science communication formats are available to the public – from museums and science centers over news and social media to science cafes and public lectures.”

“Research demonstrates that a small but notable part of the Swiss population is disengaged from science, and we should not be satisfied with that”, says Mike S. Schäfer, professor at the University of Zürich and speaker of the expert group. The report also demonstrates that many scientists refrain from public communication because they lack training and do not feel supported by the scientific system, especially in crisis situations. It emphasizes that Swiss science journalism is facing significant challenges, and that many science journalists work under challenging conditions. And it shows that digital platforms have become important sources of information about science, especially for younger people, but that they can facilitate mis- and disinformation.

They focus on the role of individual scientists, on institutional science communication, on science journalism and other aspects, and address stakeholders, decision-makers from science and higher education, funding organizations, politicians and media houses.

More about the group expert group

Method: The report is based on a comprehensive review of the available interdisciplinary scholarship analyzing science communication and public engagement with science in Switzerland. The report also incorporates original data, international findings, and secondary analyses where little or no published scholarly work was available. A first draft of the report was externally evaluated via pre-publication public review of preprint chapters on the “Open Science Framework” repository. A second draft of the report was sent out for pre-publication peer review to four internationally renowned scholars with expertise in science communication and public engagement who are familiar with the Swiss situation. The recommendations were not only derived from the findings of the report but are also based on discussions in the expert group, on a stakeholder workshop on science journalism as well as on conversations with external stakeholders. 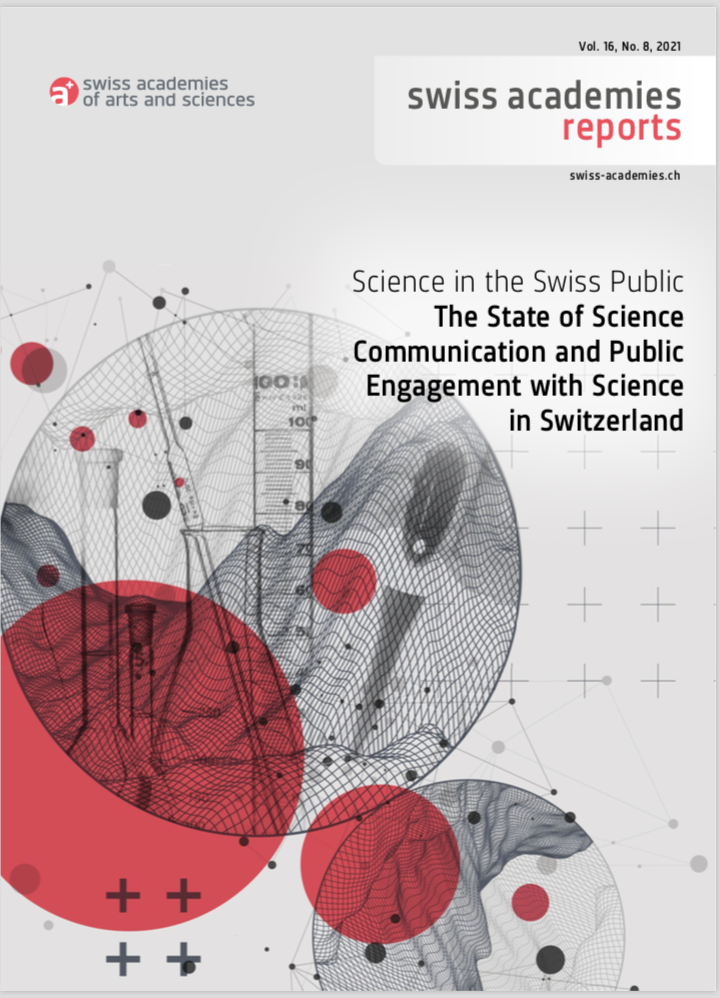 Science in the Swiss Public. The State of Science Communication and Public Engagement with Science in Switzerland 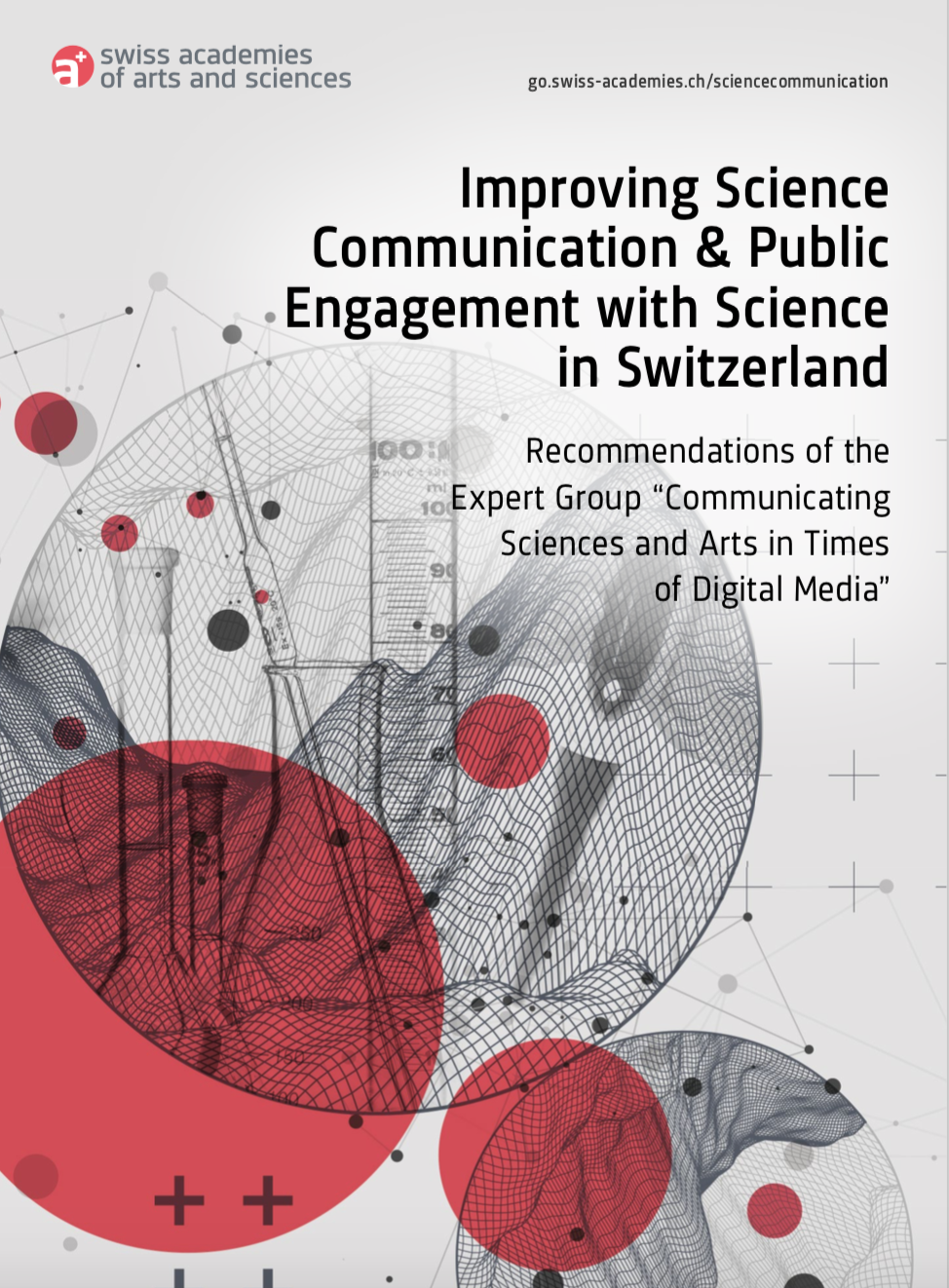 Would you like to order publications? Please send us an e-mail: