International Balzan Prize for the Promotion of Research

Since 1961, the International Balzan Prize Foundation rewards outstanding scientists in the humanities and natural sciences as well as personalities from the field of arts and culture with a total of 3 million Swiss Francs. Based on an agreement for the joint promotion of scientific research and the dissemination of its results, the Swiss Academies of Arts and Sciences organise, every second year, the „Annual Balzan Lecture“, the „Interdisciplinary Forum of Balzan Prize Winners“ and the „International Interdisciplinary Research Laboratory“. 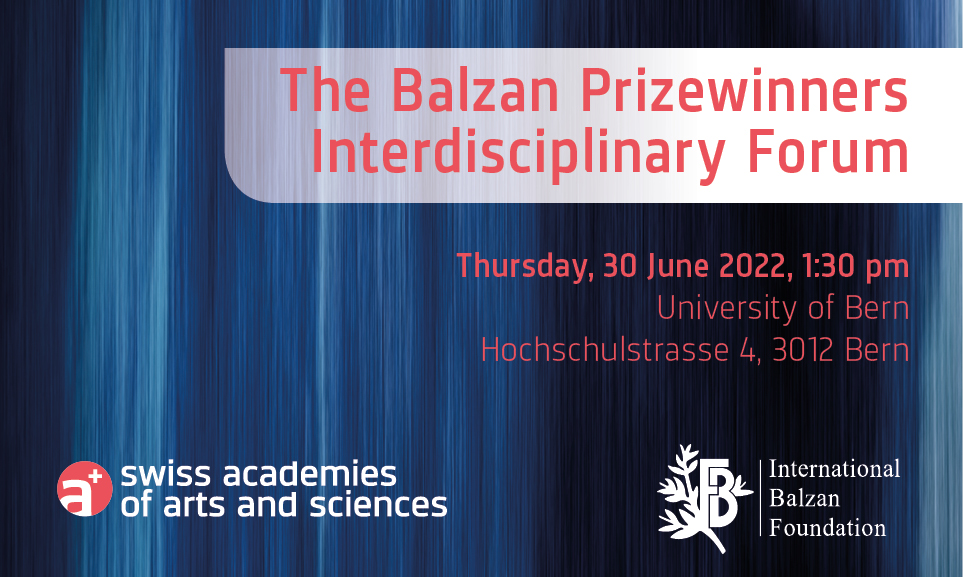 The «Balzan Prizewinners Interdisciplinary Forum» precedes the award ceremony and is comprised of presentations by that year's Balzan Prizewinners. This is followed by a discussion involving the audience. In addition to the contributions, panel discussions at previous forums focus on the research conditions that facilitate ground-breaking discoveries, on the importance of «excellence» in research and teaching and on the implications of the prizewinners’ achievements for science at large.

The interdisciplinary meetings were established in 2012 by the International Balzan Prize Foundation, the Accademia Nazionale dei Lincei and the Swiss Academies of Arts and Sciences. They aim to promote academic and scientific cooperation between "natural" and "moral" scientific disciplines and among researchers at different stages of their academic careers who have previously cooperated in academic initiatives of the three institutions involved. This initiative is inspired by the idea that mutual exchange is beneficial for scientific progress, and that creativity is dependent not only on individual research endeavours, but also on the interaction with social and cultural life. Another characteristic of the meetings is to give young scholars a key role in the discussion in order to enhance their scientific profiles.